Don’t Judge a Book by Its Cover: Dara’s Favorite Last Lines in Literature 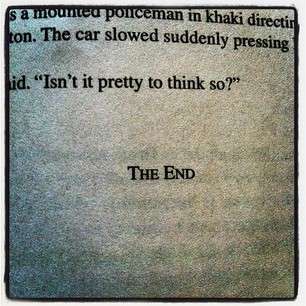 Some books just stay with you. They haunt you. You dream of the characters, and of what would be if it just ended differently. Sometimes the closing lines just make sense, and sometimes they hint of a path not taken.  Some give us closure, some are cliffhangers, yet they make me want to read the book again, and again. How about you?

Here are a few of mine.

Frankenstein
by Mary Shelley
“He was soon borne away by the waves and lost in darkness and distance.”

Lord of the Flies
by William Golding
“He turned away to give them time to pull themselves together; and waited, allowing his eyes to rest on the trim cruiser in the distance.”

To Kill A Mockingbird
by Harper Lee
“He turned out the light and went into Jem’s room. He would be there all night, and he would be there when Jem waked up in the morning.”

Memoirs of a Geisha
by Arthur Golden
“Whatever our struggles and triumphs, however we may suffer them, all too soon they bleed into a wash, just like watery ink on paper.”

Where the Wild Things Are
by Maurice Sendak
“Max stepped into his private boat and waved goodbye and sailed back over a year and in and out of weeks and through a day and into the night of his very own room where he found his supper waiting for him—and it was still hot.”

Crime and Punishment
by Fyodor Dostoyevsky
“But that is the beginning of a new story – the story of the gradual renewal of a man, the story of his gradual regeneration, of his passing from one world into another, of his initiation into a new unknown life. That might be the subject of a new story, but our present story is ended.”

In Cold Blood
by Truman Capote
“Then starting home, he walked toward the trees, and under them, leaving behind him the big sky, the whisper of wind voices in the wind-bent wheat.”

Heart of Darkness
by Joseph Conrad
“The offing was barred by a black bank of clouds, and the tranquil waterway leading to the uttermost ends of the earth flowed sombre under an overcast sky – seemed to lead into the heart of an immense darkness.”

The Great Gatsby
by F. Scott Fitzgerald
“So we beat on, boats against the current, borne back ceaselessly into the past.”

Hippos Go Berserk
by Sandra Boynton
One hippo, alone once more, misses the other 44. 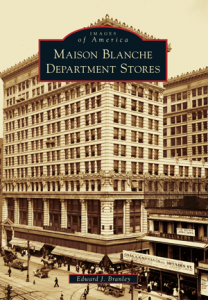