Do you have an Amazing Idea?

What do you want to write about? Coaching ServicesAbout Us

What things make Amazing Ideas for a book?  There are so many possibilities. What stories catch your ear? Are they about a neighborhood? A sports team? A school? Something else?

Amazing ideas start in the writer’s head. It’s not amazing if you don’t think it is. In this formative stage, it’s about you, not them. Take some time daily to think about your personal knowledge base. OK, your momma worked at a five-and-dime store downtown. Maybe not the most amazing thing, but the store was on the town square. There was a bakery next door, a diner on the other side of the square, and the main branch of the bank. Trolleys clanged as they rolled along the streets. People who worked nearby ate lunch in the square on sunny days. Now that’s amazing!

This is how it begins. 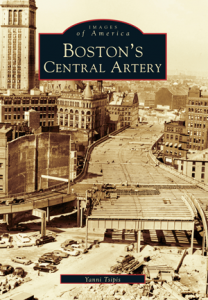 Another example. In 2001, Arcadia released “Boston’s Central Artery,” a book in their Images of America series. This sentence in the back cover blurb always hit home with me:

“By the time the Central Artery was completed in 1959, many former supporters had already realized that it was a colossal mistake.”

Your Amazing Idea doesn’t have to be a perfect slice of Americana. It could document a hot mess, and there are fewer hot messes than this one.

Present circumstances may play a factor in the development of your Amazing Ideas. Boston’s “Big Dig” project moved much of the Central Artery underground. As it neared completion in 2001, the time was right to look back on how the city got to that point in the first place. Edward’s first book, New Orleans: The Canal Streetcar Line, was published in May, 2004, when the city returned Canal Street transit service to streetcars, after a forty-year hiatus.

How we can help

Tell us your idea! Use us as a sounding board. Let us help you turn your Good Idea that resonates with a hundred people into an Amazing Idea that attracts thousands. Additionally? Believe me when I tell you, we’re not going to steal your idea. We’ve got enough on our plates already.